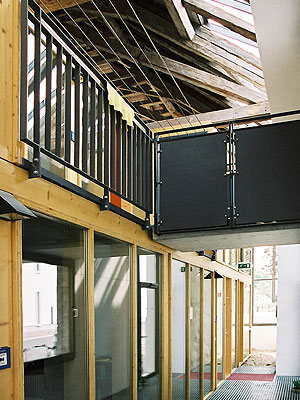 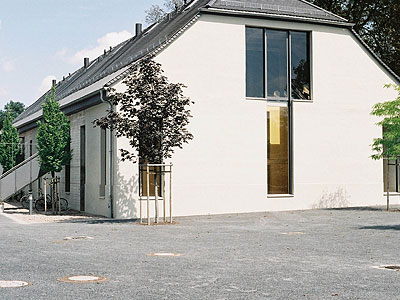 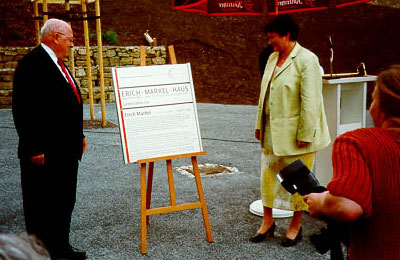 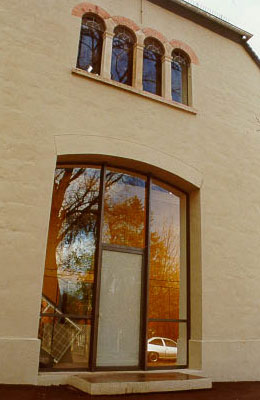 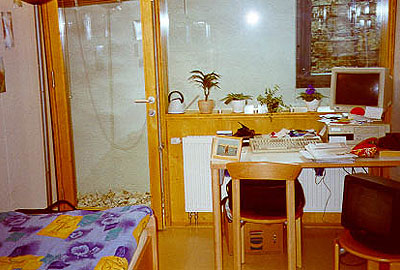 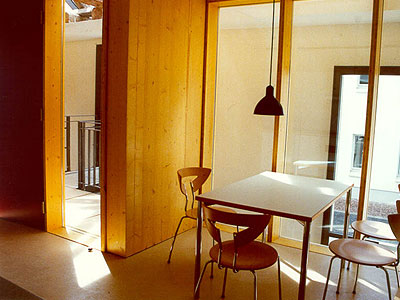 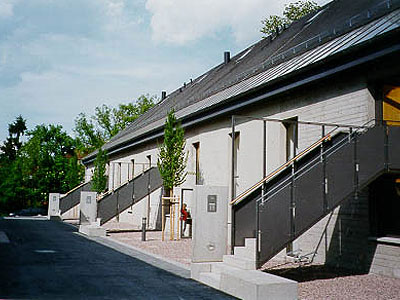 The Erich Markel house in Weimar was constructed in the unusual manner of a house in a house method. New student accommodation was built into the building that was erected in 1828 as the rifle chamber for the grand duke’s barracks. The new building uses the old building as a shell as primary insulation. A joint between the outer shell and the inner part of the building is layed out as an ambulatory and yet preserves the indoor effect.

The historical building was part of the ensemble of monuments on the Expo 2000 grounds “neues Bauen am Horn” consequently the facade and the geometry of the building could only be partly changed. In particular robust wooden panelling was used as well as exposed concrete and light steel constructions. The illumination for the new building comes through glazing in the roof and the existing but enlarged windows of the historical outer wall. The entrances and outside stairs to the upper floor are recognisable as modern additions and add value to the historical construction. Additionally they represent a special usability and form a situation similar to campus with a highly communicative potential. A building with extraordinary architecture has been created.

In 2001 the architects Gildehaus + Reich were awarded the Thuringia prize for wooden construction.

renovated old building in the proximity of a park